Why I Love March Madness

Here I am, sitting with Bluto (the dog), and we’re watching March Madness, day 4. Well, in reality I’m sitting and watching, and Bluto is sleeping. For the better part of four days, I have been glued to the March Madness app continually updating my bracket, cheering for upsets, and using more data than I probably should (sorry mom & dad). I will be the first to admit that I don’t really watch college basketball throughout the year. I’ll watch the occasional rivalry game, but ultimately, I’m glued to Netflix instead of the conference standings.

So why is it that in the second week of March, I can’t stop watching basketball?? I think it may have something to do with this:

The Game
At the heart of March Madness is the game. College basketball is just so pure and so emotional, that you can’t help but love it. It’s just a plus when you’ve always loved the sport like I have.

The Bracket
One of the things I look forward to the most in the spring is filling out my March Madness bracket. You can know absolutely nothing about the game or the seeds or the teams, and you can have the winning bracket. Some years, I have an awesome bracket (last year!!), and some years, my brackets are not that great (this year isn’t looking too hot). Either way, it’s fun to get competitive with your friends and family, or just fill one out for yourself.

The Upsets
This year alone, there were ELEVEN double-digit “upsets.” Now, some of those double-digits you expect….your 5-12s, 7-10s, etc. But who expected 14 Stephen F Austin to upset  3 West Virginia (that one ruined my Elite Eight)? What about 15 Middle Tennessee over 2 Michigan State (THAT one ruined my Final Four)? Every year there’s a Cinderella story, and that’s why it’s amazing…that’s why you root for them and you’re happy that it screws your bracket. THAT is why it’s…..

The Madness!
Cincinnati’s last second shot that just missed the clock to miss the second round. Northern Iowa’s half-court last second buzzer beater. Little Rock’s three to tie it leading into the first of two overtimes. You can’t plan for it, you can’t predict it, and you can’t help but love it. 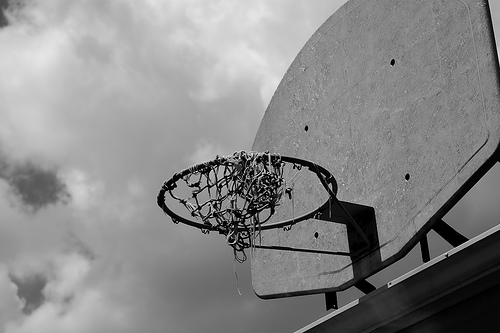