What I’ve Been Up To…

Sometimes I blog, and sometimes I don’t. The last three weeks fall within the latter part of that sentence. Honestly, there’s just been so much life happening that has taken me away from blogging….or I got tired and passed out in my recliner instead of getting out the computer. Here’s a few things I’ve been up to.

I took a road trip to Austin with my brother.
A few weeks ago, I finally got a hold of my 22 year old, senior year in college, overly busy brother, and as we were talking, he mentioned he was going to Austin, Texas, for a job interview. After very little persuading, which was a surprise, he said it was okay if I went with him. I got to see a good friend of mine, watched my #3 & #4 most anticipated 2016 movies, saw beautiful parts of Oklahoma and Texas (including Magnolia Market!), and just took a little break. 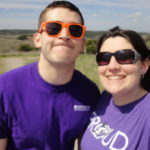 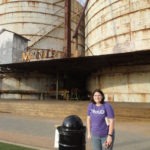 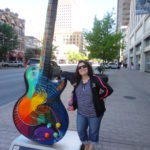 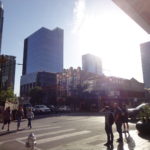 I have become slightly addicted to Sophie Kinsella.
For the road trip, I needed to have books to read, of course. I was looking at my shelves thinking, “Series or stand alone? Series or stand alone?” and finally decided on stand-alones by Sophie Kinsella, an author that had been recommended, but I had not yet gotten around to reading. I can’t put her books down! “Can You Keep a Secret?” had me in tears I was laughing so hard, and “Wedding Night,” was also enjoyable. I’ve currently started “Remember Me?” and read half the book earlier today before I even realized it. I highly highly recommend her books, and two more of hers are on my list to read next!

Um. We need to talk about “Outlander.”
I have heard about Outlander, but never knew what it was about or if I’d like it. Then I saw a preview on TV, thought it looked interesting, and watched the first episode on Starz Play. I couldn’t watch the other ones because I don’t have cable, so I immediately put myself on the wait list at the library.  I then proceeded to go insane as I waited. Well, I got the series, and OH MY GOD THAT SHOW. Caps are horrible, I know, but they’re needed. This show is so good. Two full days of my life were taken over by Claire & Jamie. I watched nine episodes yesterday. They’re a full hour long. So yes, nine hours of television. No regrets. I almost want to pay for cable with the Starz package just for that show. But I want to be able to not go broke more, so I will just have to wait.

So there you have it. I’ve also been working multiple events, starting walking to get more in shape (we’ll see how long that lasts), done a lot of cleaning and general adulting. Life man. It just happens sometimes. But the busy weekends are not as frequent for work, and I’m feeling inspired as of late, so it’s back to blogging 🙂