It’s been almost a month of officially being a homeowner. And while I’ve realized some things (double bills when you still have a lease aren’t fun, noises at night don’t help you sleep soundly, there will always be something left on the to-do list), it’s been an incredible month and I still wake up every morning excited about where I live.

Since the before tour was a long post, I decided to split up the after tour room by room. First up, the front / theater room! 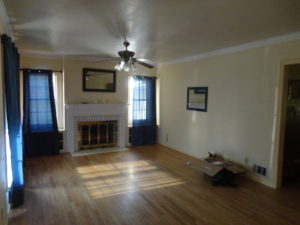 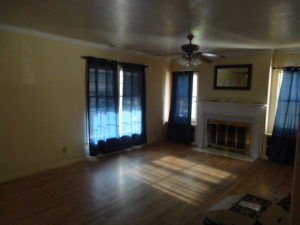 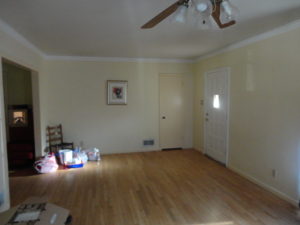 What Work Did I Do?

In this room, paint was the only project that was done.  Two coats were painted on the ceiling, walls, & trim.  I still need to change the paint on the grate of the fireplace from the gold to the black, but I have slightly over two months to do that (and I didn’t want to wait that long to post pictures). 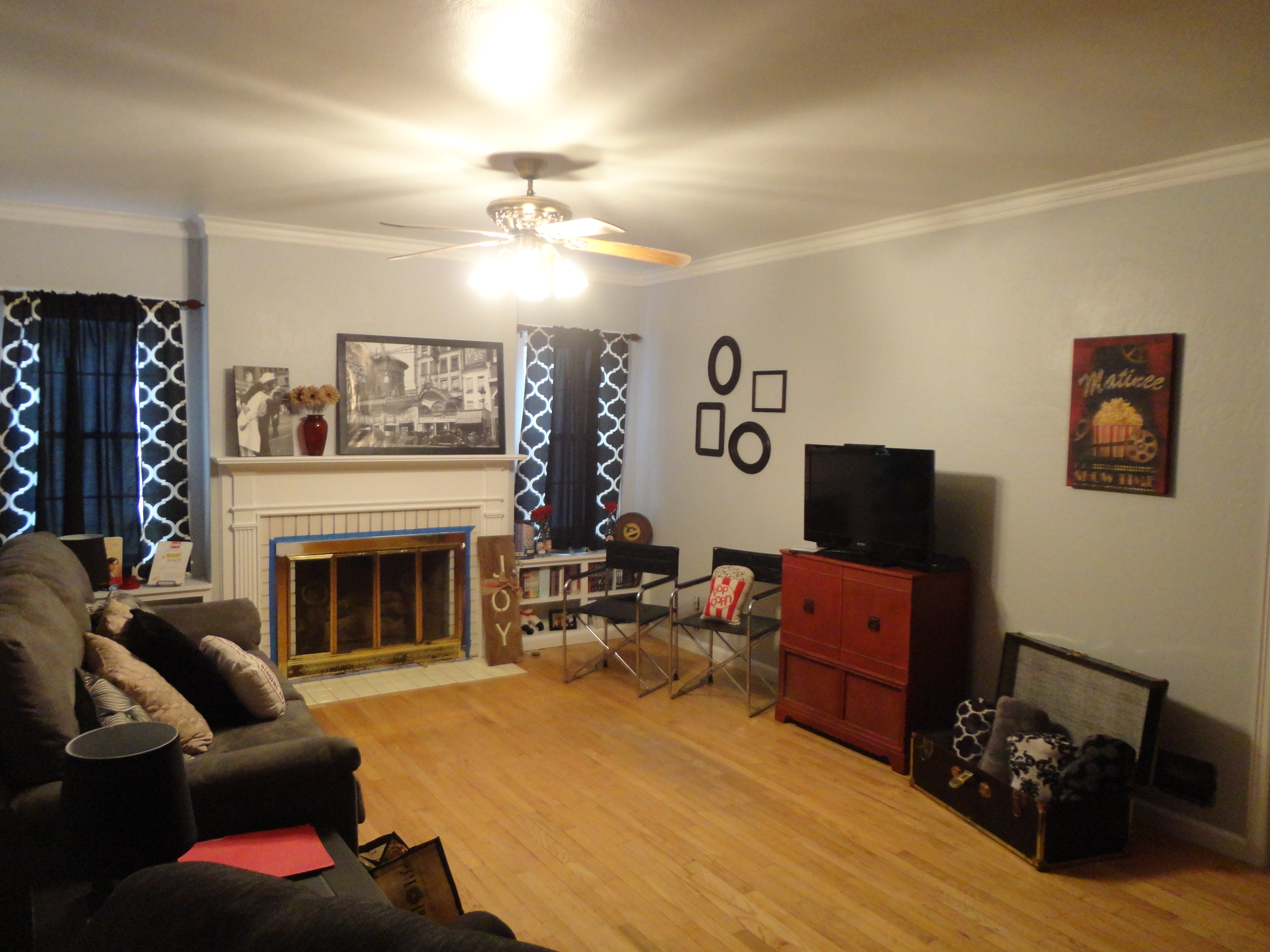 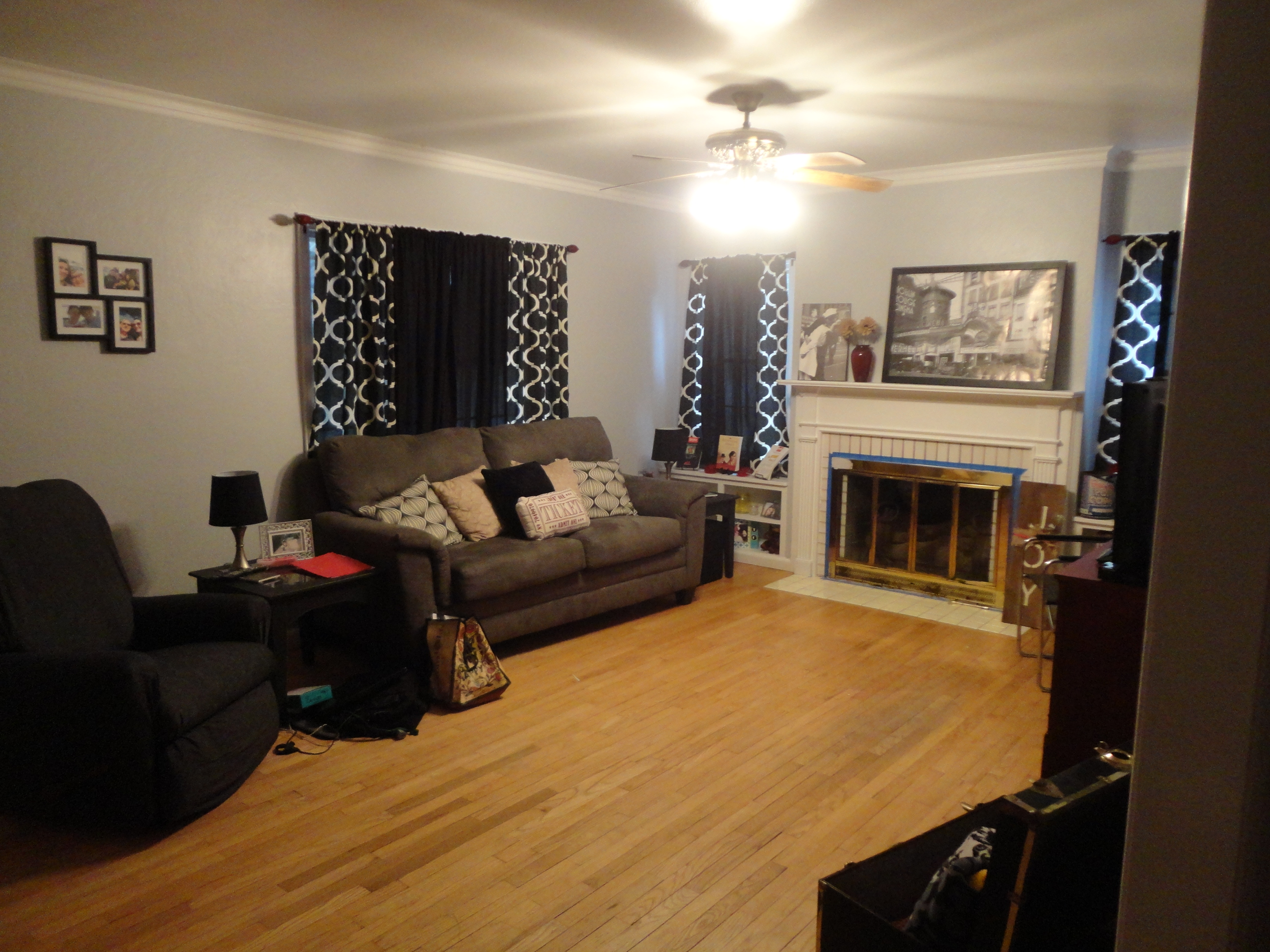 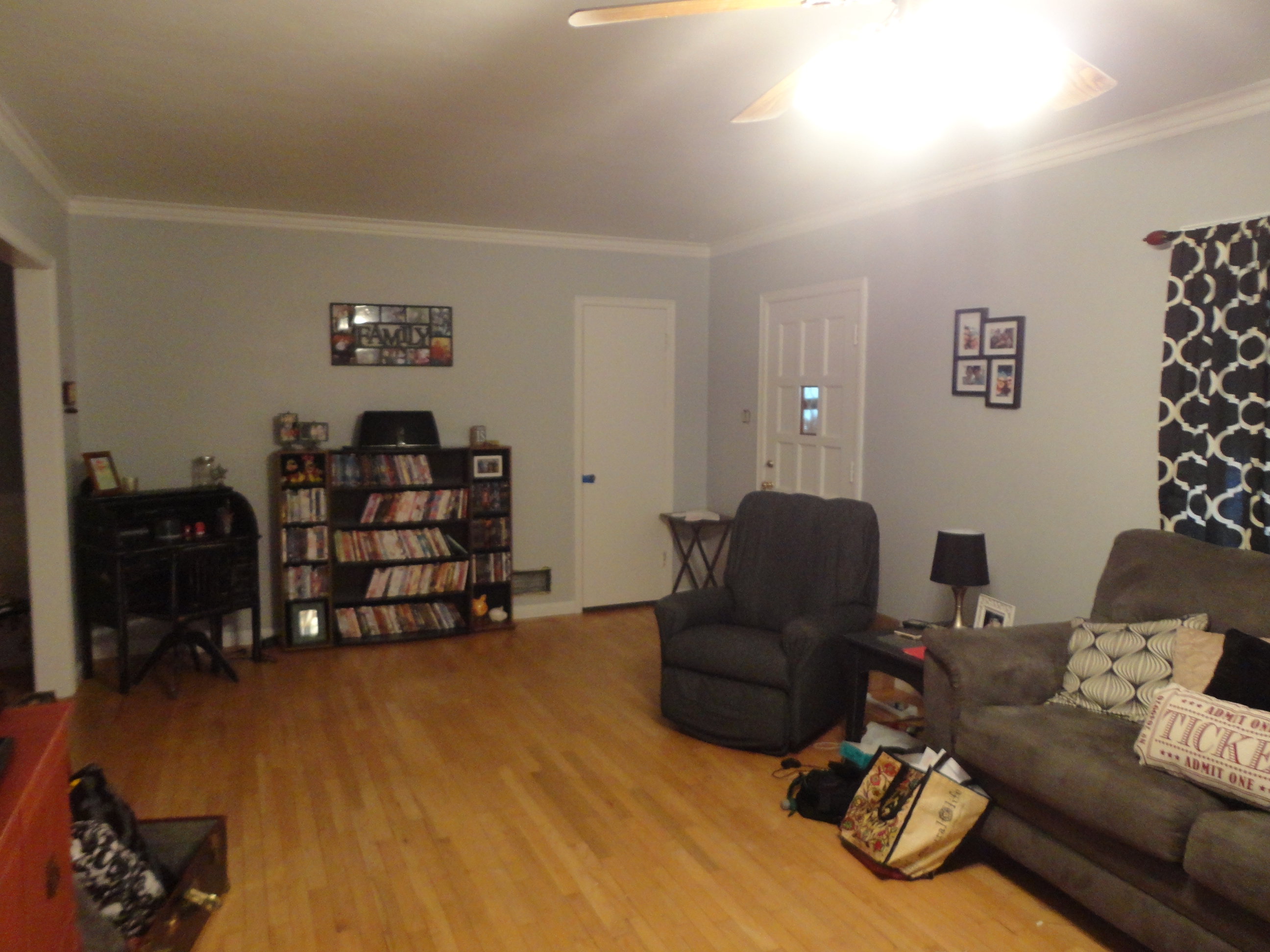 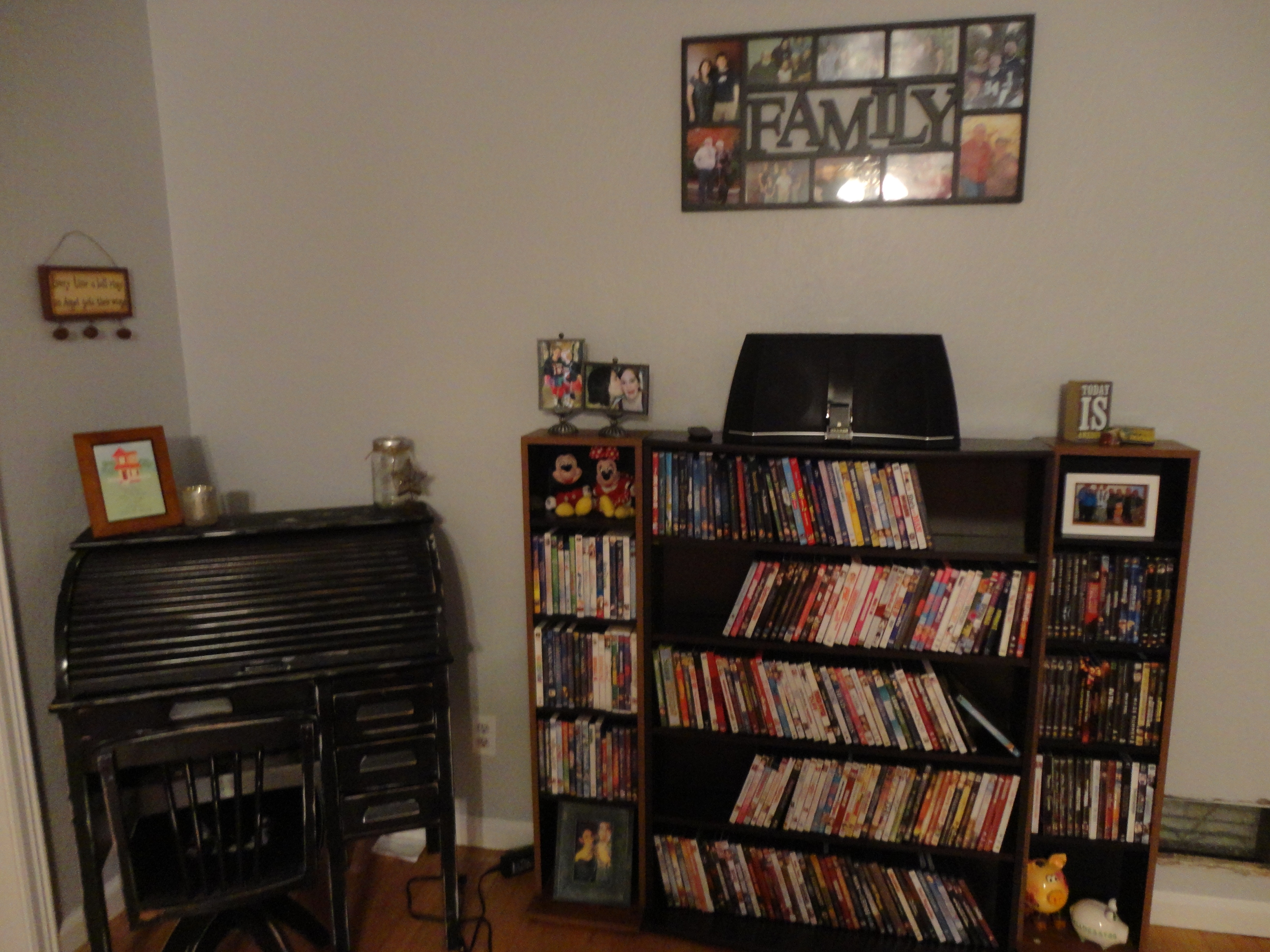 I wanted this to be my theater room. I worked at a movie theater all through college and developed a love for movies. As you can see, I have quite the collection (317 if I just counted right), but I also love live theater. I didn’t want it to be a BOOM in-your-face cheesy theater room, so I chose subtle ways of tying in the theme. 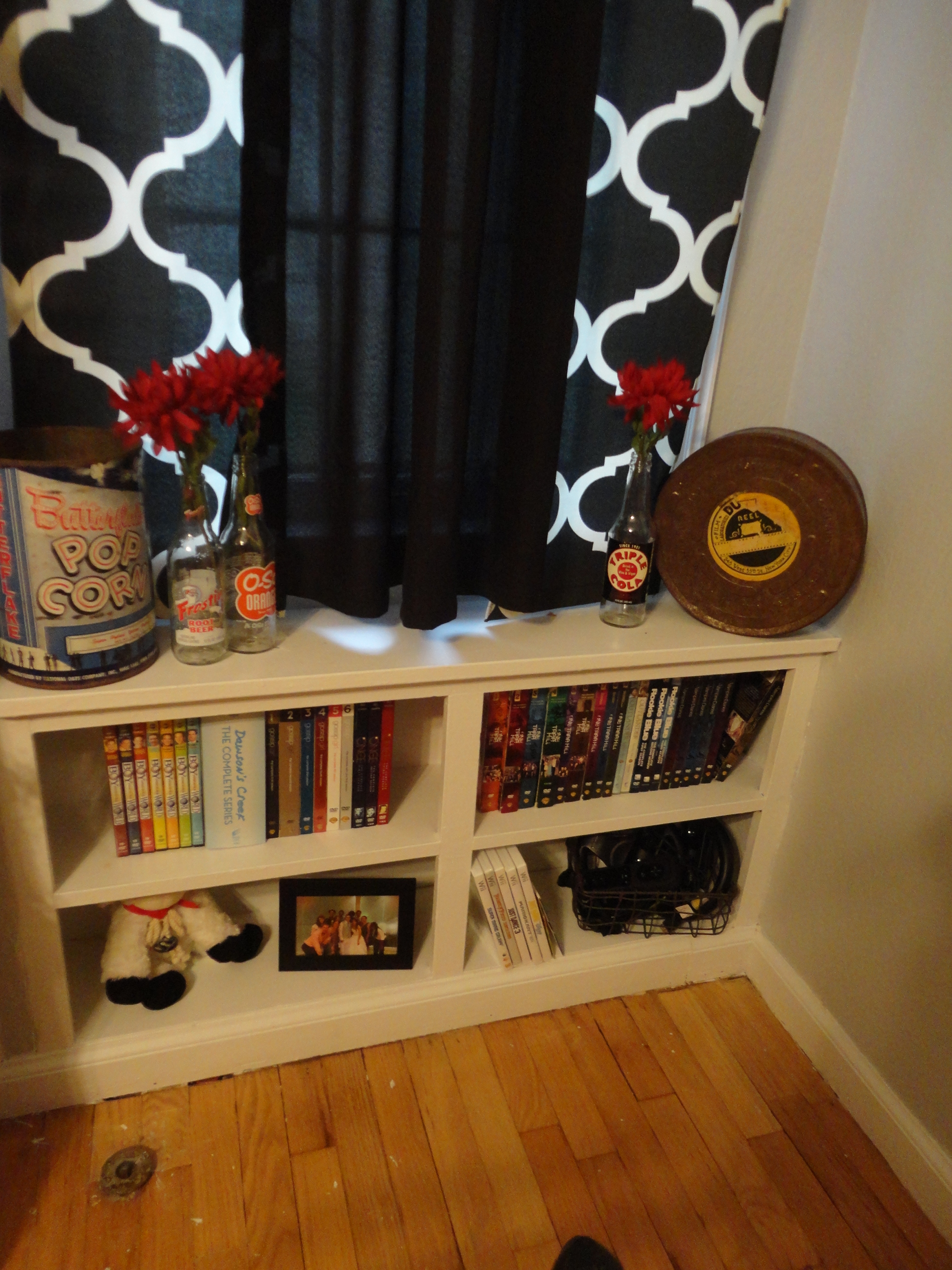 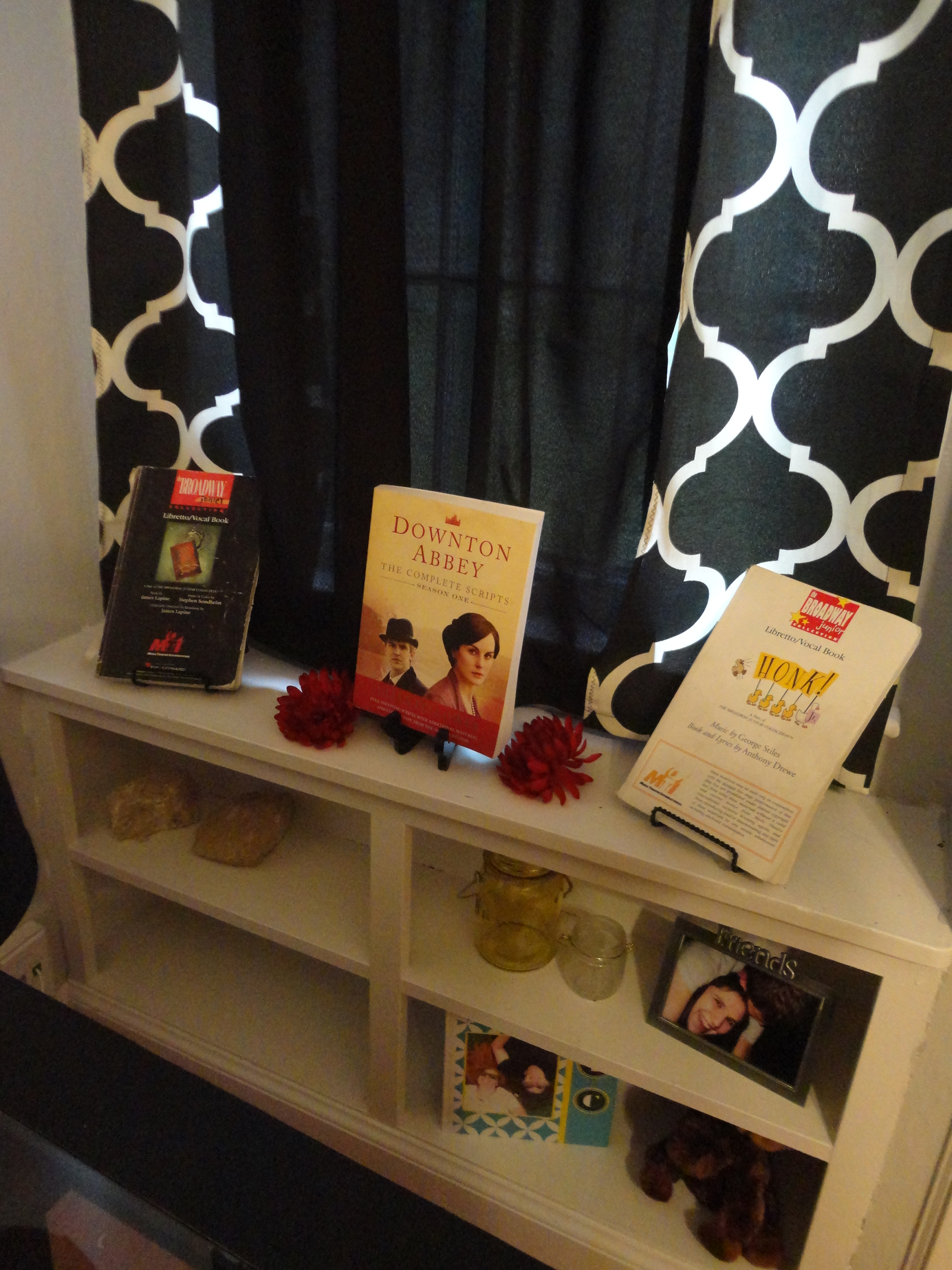 Before I moved in, the built-in bookshelves were covered up by curtains. The bookshelves are one of my favorite parts of this room. They have so much character, and they are part of a feature wall that makes a statement along with the fireplace, so I wanted to show them off! I featured theater antiques that I have found along the way, old scripts from my middle school plays, and my TV series that I have as ways to tie in the theater theme. 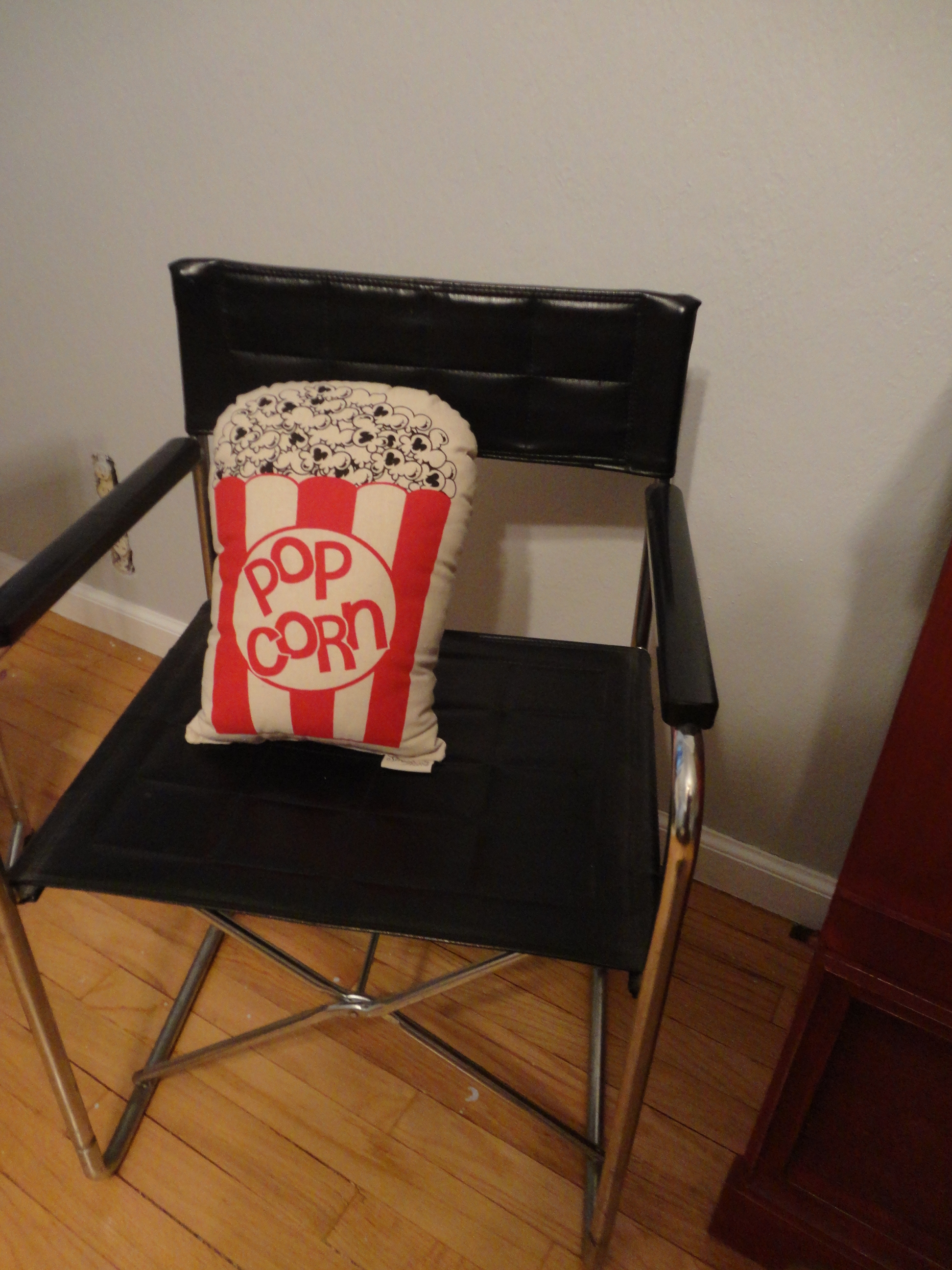 I found two of these directors chairs at one of my favorite antique stores in town, and I had to have them. They are a perfect addition to the room, adding seating while still providing fun and charm to the room. I found the popcorn pillow and the movie ticket pillow (on my couch in above pic) at Kirklands and I couldn’t resist.

I love that this room is the first that people see. It’s open and inviting, and while it’s focused on entertainment of the TV / Movie variety, it certainly has enough seating that people can just sit around and have a conversation. In my past apartments, I’ve had to display my movies and books in the same room, and I love that they can each have their moment in this house.