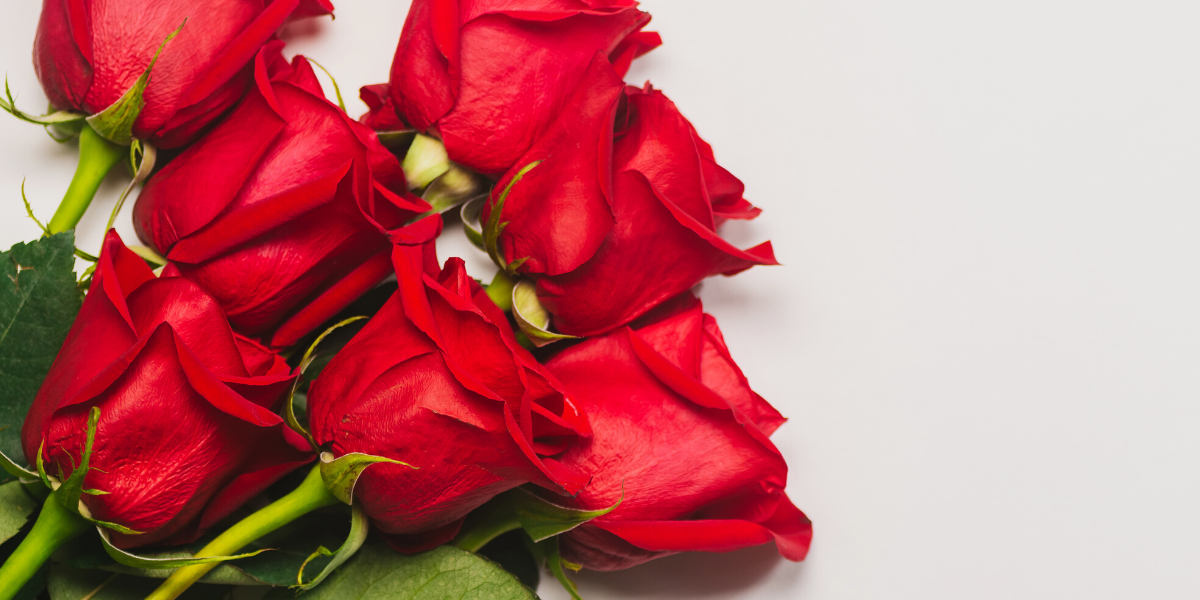 First off, watch this:

If that doesn’t tell you all you need to know, then continue reading. I mean, obviously I want you to continue reading anyway, but I would understand if you don’t. I barely made it through both hours.

A few months ago I watched The Bachelor finale. It was…an experience. See my thoughts here. I didn’t watch JoJo in The Bachelorette, because good riddance, but yesterday I was at my mom’s house and my friend Allison texted me, “Are you watching?” I looked at my mom, noticed she was asleep, and well, that’s how I ended up watching the premiere of The Bachelor. This is season 21 —- seriously???? 21??

See below for Allison & I’s text messages back and forth from the premiere. This will probably become a regular series – at least for season 21. Enjoy.

Allison is in purple, and I’m in pink.

Are you watching The Bachelor premiere?
Haha! No! But I’m at mom’s and I think I’m gonna change the channel.
Now I am!
Oh good. Nick is already annoying. It’s great.
Was nick a reject of last season or ??
Not last season, but he was the runner up two seasons AND three seasons ago.
He was also on Bachelor in Paradise.

Allison knows her Bachelor. I know nothing.

He was runner up two years in a row? What.
Yup
Your man is on here!

“Her man” is Sean Lowe, former K-Stater whom she adores and is her favorite of the Bachelors.

He’s the only one with a ring on (insert three crying laughing emojis)
Yuuuuup haha
Are the other two with their people? I mean are Ben and Lauren even still together?
Ben and Lauren are.
Christ and his lady broke up real fast.
Ah. #reallovegoals
Let’s petition to make a curvy girl bachelor and I’ll go on. Bahaha
Hahaha
Saw on the news some girl spent $40,000 on clothes for the show (upside down smile emoji)
Apparently they have to pay for all of it
Yep
Woof. Maybe I won’t apply. Or maybe I can go around middle-school style and ask local businesses to be my sponsor of finding love.
I can’t wait to see their occupations. That’s my favorite part.
I know. Like how are there always three bartenders? How are they affording that?
I like the ones that are like “college graduate,” or when they add “aspiring” before any occupation. Or blogger.

There was a “law school graduate,” AND an “aspiring dolphin trainer.” Perfect.

No joke
How can you take that much time off of your life to go do this?
I have no idea. I only get 17 days per year lol

Now we start discussing all the Bachelorettes. We jump from one to the next with no warning.

Yesssss the tri-lingual teacher who was “put on this earth to be a mom”
And also Canadian hahaha
This Josephine nurse chick can go
Always one weird one
I cannot with this southern accent
She’s lonely! And walks on railroad tracks to feel dangerous
Also he is 36 and this blonde is 24
Eagles
Ewh*

I honestly thought she was commenting on birds that just so happened to fly across the screen.

I guess age is just a number for her. AHH she’s talking about kids! Abort!
This nurse will go far
I liked her. The baby one
How do you have footage of the random wedding you met at??
Because their wedding was televised hahaha
Bachelor world is not a normal world
Also WOW THIS WILL BE AWKWARD
Oh that was a bachelor couple?
Mmhmm
Ohhhhh. That makes sense. Well she’s my favorite so far and also, halfway in and I’m pouring a glass of wine (two laughing crying emojis)
Only way to do it
I couldn’t make it any further
God Bless Chris Harrison
He is the best
Low key imagine all of the snarky thoughts going on in his head
Well he’s in a successful relationship right? How he keeps a straight face I have no idea
They pay him enough to hahaha
True story.
Cue the “omg he’s so cute! eeeee!”
So many accents
Elizabeth didn’t even tell him her name.
“The only plays I wanna make are for your heart.” Good. Grief.
Yup
I want one of the girls to be like, “I don’t know who you are.”
Oh god
That last one is my age
HE IS SO OLD
Blue dress?
Gold dress is pretty!
Horrible pick up line with the last names but pretty dress
No wine colored who said her friends thought he was a piece of shit

No joke. This chick basically introduced herself and then said he sucked. Nick came with the win though when he muttered under his breath after she walked away, “Can’t wait to meet her friends” Nick got props for that one.

Ohhhh
They’re going by so fast!
Here’s another 23 year old!
Jesus
He is so old
Why is she wearing that fur coat
No idea
What is happening. Neil Lane is here.
Well the hookers have shown up
So uncomfortable
Okay, past hookup wedding chick is my fav. Her dress was gorgeous and I live for the drama
But omg SO AWKWARD
If he didn’t remember that he’d slept with me I would kick his ass
It’s weird she didn’t say anything

Backstory is this chick slept with The Bachelor nine months ago, said no when he asked for her number, and heeeeeere we are.

This nurse
She’ll go far
Oh god. Here’s your southern belle
I can’t with Arkansas
We can hate her together
I can’t with Josephine. Oh please don’t get a rose.
Is that the one with the hot dog?

You can’t make this up

Yes
Yeah she’s uncomfortable.
Whyyyyyy. I’m going to be an alcoholic by the end of the season.
Half way through it gets better
Because you sift past the crazies and actually can remember who’s who haha
“There is a debate between whether it’s a shark or a dolphin.” Best quote of the night.

“Aspiring dolphin trainer” showed up in a shark costume claiming to be dressed as a dolphin.

I like the tri-lingual chick
Mom wants you to know that her IQ is dropping (laughing crying emojis)
Hahaha
I told my parents they had to either stop making fun of it, or leave
I don’t like this blonde at all
The hooker?
The one who kissed him
And is the brat that lives with her parents
Yeah I’m calling her the hooker. Lmao. She’s probably gonna get a rose though. They wouldn’t spend this much time on her otherwise
She’ll stick around and be the one everyone hates
Calling it now
I bet you’re right
Corrine saying she’s hoping shark dolphin isn’t a train wreck is a bit hypocritical. Shark dolphin is wasted.
She is
Also, Corinne sucks
We. Hate. Corrine! and pig sooie
This is weird
This is really awkward. She should have just gotten his damn number and this whole season could have been a different dude
Yeah it’s suspicious
#ratings
Or she just wanted in on her best friend’s fame
Well they had to choose to cast her though
She definitely failed to mention he asked for her number
True
So was Jade the bachelorette or her husband the bachelor
They were both contestants and then met on Bachelor in Paradise
Ohhhhh. She’s at a disadvantage at this point since he was clearly interested and she’s all like, “Mmmmm better not”
This nurse
They change the music when she’s on
She’s the next bachelorette
I could see it
Yes! I like the attorney!

Corinne the ho with the incredulous look on her face not understanding that her making out didn’t get her a first impression rose
Priceless
And I like her too!
How many does he give away tonight?
I think 24?
Though I’m not sure
You think they’re crying because they didn’t get a rose or because they potentially ruined their jobs, lives, and bank accounts?
Definitely the second
At least if they’re smart
Well you were right about Corinne being a ho
Everyone will hate her
It will be frustrating but glorious
Can’t wait. I’m calling Baby Nurse as runner up.

And there you have it! I honestly am kind of looking forward to this season simply because I think it will be fun to be ridiculous with Allison in our expectations and subsequent reactions. I’m making two predictions right now: 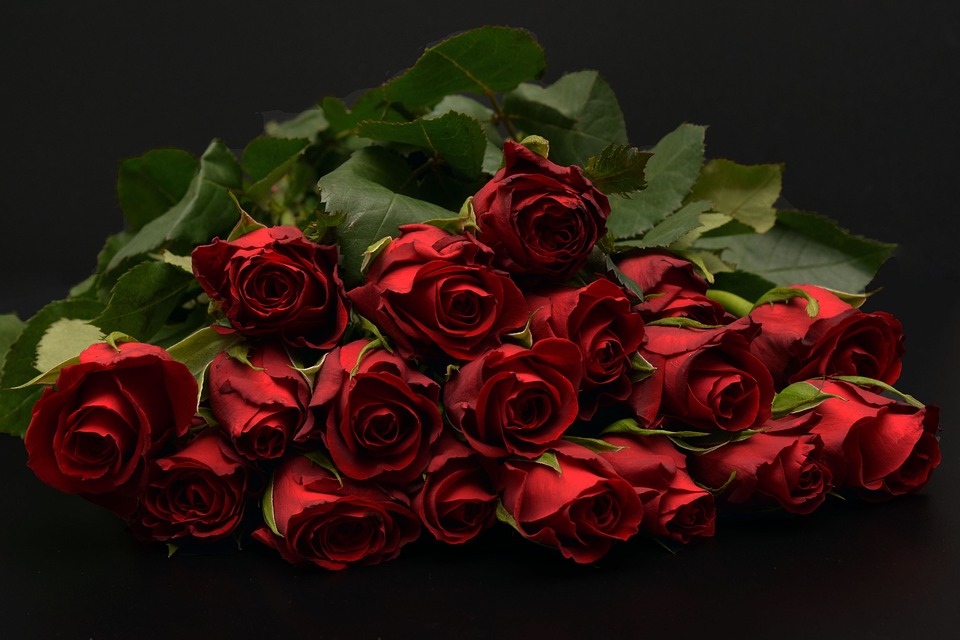